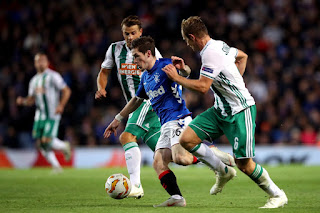 This season is not going well for Villarreal. In League Europe, the team failed to record a victory of their first two games. First twice in the Rangers home, but eventually finished 2: 2. In his second match he again reached a draw, but 3:3 as a guest against Spartak Moscow. In the Spanish championship, the "yellow submarine" occupies the unbeaten 16th place in the league and has only two victories since the start of the season, and both were as a guest. Still Villarreal is looking for his first home-grown success for the season, and we were generally used to playing harder on his own pitch. In their last match at the weekend, the home team presented themselves worthy at home against Atletico Madrid and finished equally 1:1.

Rapid Vienna started well in the group and started with a 2:0 home win over Spartak Moscow. In his second match, however, he lo…
Публикуване на коментар
Прочетете още